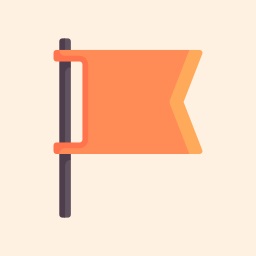 Kuben Blisk, he is my second in command, but this was not always the case, for once we were enemies. it all started a few eons ago, when my mentor, and friend sacrificed his life to save mine (you may have heard of him, his name was Captain Tai Lastimosa). During the battle of typhon, <back when i was known as Jack Cooper> Kuben Blisk and his team of mercenaries, the Apex Predators, if you've heard about what happened on Typhon then you know why he was my enemy. Later on after the war was over and i had been remade into who i am now, I find blisk, kick his ass within an inch of his life, and remake him into a version of myself. ever since that day,he has fought by my side, as my brother in arms, and as my family. I wouldn't have it any other way.

Cobalt Vixane Mayhem XO45, is the being that is tasked with the protection of all the multiverses, that exist within the cosmos, and that makes him (me) a huge fuckin target. To accomplish his task he has been upgraded throughout the eons to be a more effective weapon, and to also show some form of self awareness. Within the past centuries,he has sustained heavy internal damage, and is shutting down slowly but surely, due to the activation of the Vixane Operating system, that when activated, takes over the host's body to become the final stage of the weapon X unit, in order to successfully combat the evil that is to come....

Doktor Olenko Monstrovsky, is both the mentor character, and my creator, in the Anthology Of Mayhem, my book series. The reason why this is significant is because while he believes that i am foolish for the being i have become, he still chooses to stay by my side throughout the coming ages of war. He not only stick by my side throughout the story, he also plays a major role, (that i won't spoil for anyone who wants to read it for themselves), in my life as a whole. >Stay tuned for more character description and miscellaneous details<!

This is a page dedicated to the explanation of various miscellaneous pieces of information, and character development "schematics".

You have already rated this page!